Bhutanese Tales Of The Yeti 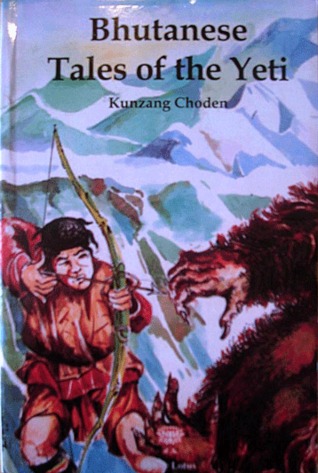 Bhutanese Tales of the Yeti is the first book I bought from Amazon Kindle as an e-book…I just wanted to experience reading an e-book and I eventually read the book on my cellphone…not a bad experience at all.

Now about the book itself – its a good read if you’d like to indulge yourself in some folklore… its a relatively short read (~150 pages). The fact that these stories have origins in Bhutan increased my curiosity as it is one of the countries I know nothing about. And I am a sucker for the unusual..in this case, it shed light on the origins of the tales around the yeti…or the migoe as the yeti is known there…

My curiosity was rewarded…apart from the stories about the yeti, Kunzang Choden has written quite a bit about the different people of Bhutan, the geography, about their traditions, and their beliefs…lot of detail which I wasn’t expecting, but is equally absorbing to read up. The curious part is that along the way you cannot really ascertain is the yeti is a positive or a negative character – it is definitely meant to be respected, it is considered powerful, even supernatural…but its never clear if its a benign or a malignant force.

So, its a very interesting book and I am fascinated by Bhutan now….seriously contemplating a trip there next time I travel to India… It really isn’t such a far-fetched idea… 🙂 This gets 4 stars from me on Goodreads – definitely recommended, especially as a travel read.

This site uses Akismet to reduce spam. Learn how your comment data is processed.